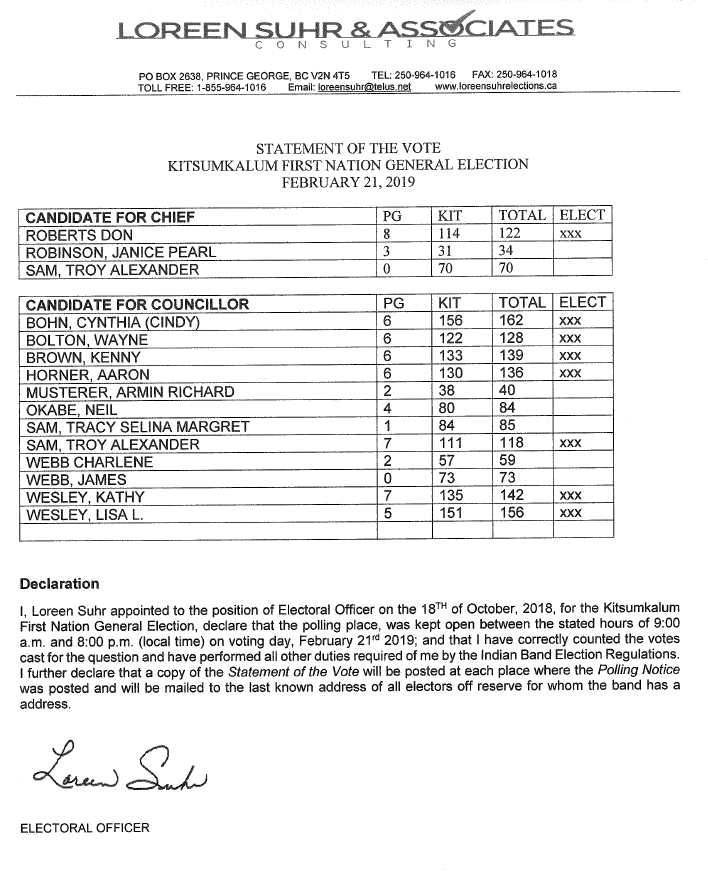 Kitsumkalum has a list of 652 eligible voters from Indigenous and Northern Affairs Canada (INAC). Operating under INAC, band members need to submit a certificate of death for their family members that have passed away to the Kitsumkalum membership clerk to then be sent into INAC Indian Registry in order to be removed from the voter’s list.

Kitsumkalum’s membership clerk and departments work together to track the discrepancies of members that have passed away that are still on the member’s list. Currently, there are 21 members that are deceased but remain on the list. Kitsumkalum cannot remove them from the list even though it’s known the member has passed until a certificate of death is provided and turned into INAC.

Kitsumkalum has 581 addresses on file for eligible voters, please encourage family members to update their addresses regularly and send in a certificate of death upon passing of family members, under the current INAC system this is the process we have to operate under.

Kitsumkalum’s total registered band members (including 18 and under) is 768, 257 living on reserve, 511 living off reserve. 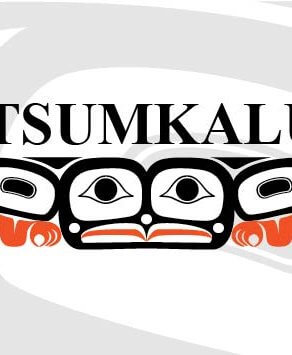